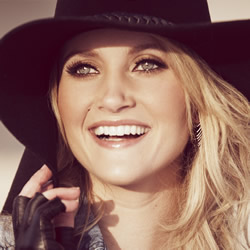 Kalsey Kulyk is a singer/songwriter, whose small-town roots and country style soul have encouraged a journey in country music that began when she was only three years old.

Kulyk is from Hudson Bay, Saskatchewan, this small-town girl has taken her powerful voice and big dreams and traveled all over North America, writing and recording country music with some impressive forces in the music industry. At only 19 years old, Kulyk moved to Las Vegas to work with famous record producer Richard Dashut, who had worked with famous musicians and groups like Fleetwood Mac.

Kulyk’s music came from her own personal experiences, and her emotional bond is obvious in each song she writes. She aims to write music that links with people on an individual level. Her sympathetic behavior and cheerful personality are transmissible and those who work with her, also thinks she has the one of the best work ethic in the country music world.

Kulyk is also working with Phaymis Records in Calgary, Alberta and her debut EP was released in March 2014. Her debut EP features her single “With You” and is available on iTunes and Google Music.

“Sing and Be Heard,” is Kulyk’s chant, this chant has words that have educated her music and her everyday life. At the young age of 17, Kulyk was diagnosed with cancer and that experience drove her to live life a little bit different. “Sing and Be Heard” inspired Kulyk to go for her music dream and become a country singer and she hopes her message can show others to chase theirs too.