Seth Cook is a 25 years old singer, songwriter, musician and most prominently a performer. Cook was born and raised in a tiny town of Yorktown, Indiana. He started his musical career at the young age of 4, by sharing the stage with his mom and dad’s touring group. The first instrument he learned to play was the drums, but Cook finally moved to playing guitar at the age of 15.

The sound of the guitar led Cook to not only play other singers or groups’ songs but also he started to write his own songs. Before Cook moved to Nashville he had already got an offer for a publishing deal and he was only 20 years old at the time. Shortly after moving to Nashville, Cook started writing songs for what would become his first official musical debut. This musical debut was a 6 song EP that came out in 2015. Cook worked on this EP with award winning producer Matt McClure (Lee Brice, Kellie Pickler & Dylan Scott), Cook saw McClure as someone who listened to the young singer’s dream and letting Cook explore his own music imagination. His guitar work can be heard on all 6 tunes of his EP “Me Without You.”

Cook has many hours on the stage as being a headliner at many different venues throughout the Midwest. He explains in this quote how much he loves playing shows and meeting different types of people: “ I love playing shows and making new friends. My first love is the stage. It’s in my blood, my DNA. It’s my home away from home.”

Cook contiunes to develop his fan base by playing shows from coast to coast. In his young career, he has been lucky to open for Lonestar, Rascal Flatts, Montgomery Gentry, Luke Bryan and Vince Gill. He also has played at fairs, festivals, theatres and clubs all over the U.S.A. Some of his favorite musicians of all time are Keith Urban, Michael Jackson, Vince Gill, Tom Petty, The Police and Prince.

Cook newest single “Show ‘EM How It’s Done,” came out on August 10, 2018. Cook co-wrote this new song with Kellis Collins and Noah Needleman and Matt McClure produced this song. His new EP will be coming out on November 30, 2018 and Cook sang and played the guitar and drums on his upcoming EP. If you would like find out more about the wonderful and talented Seth Cook then check out his website at http://www.sethcookmusic.com. 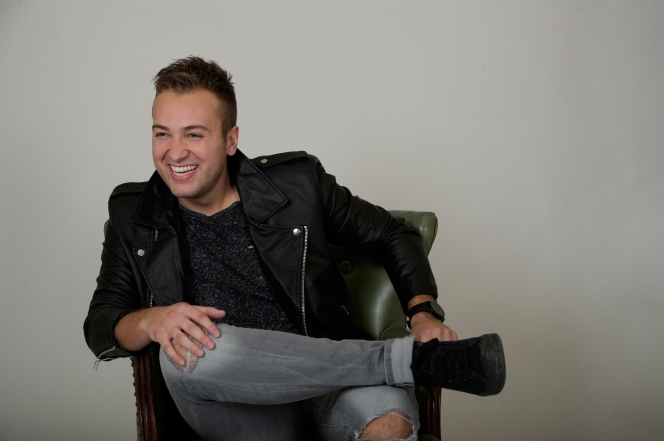