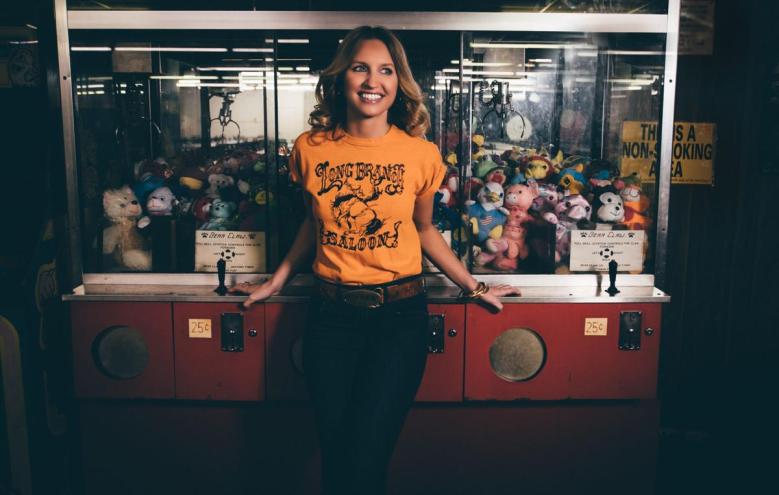 Kimberly Kelly is a country musician and she was born in Lorena, Texas.  Lorena, Texas is a small town right outside of Waco. Her grandfather Sterling Kelly started a band named Sterling Kelly and the Hearts and was a fixture in the Texas music division. Kelly’s father was a mechanic who played anything from Steve Nicks to Lynyrd Skynyrd in his truck as they drove into town. Her mother is a hairdresser, and she introduced both Kelly and singer/songwriter sister to Patty Loveless and Gary Stewart, as the three of them would racked up many miles in their old Honda hatchback. Also, there are not many memories from Kelly’s childhood that did not involve music.

Kelly’s song “There’s Daddy’s 8 Track,” is sentimental reflection on her dad’s musical taste and inspiration from her formative years. And “Put Some Lipstick On It,” is a powering retaliation anthem for the heartbroken. There also Kelly’s love songs, like “Don’t Blame It On Me,” which is a romantic ballad.

If you would like find out more Kimberly Kelly then check out her website https://www.kimberlykellymusic.com. Her latest EP and all the rest of songs are available to listen on Spotify and ITunes. 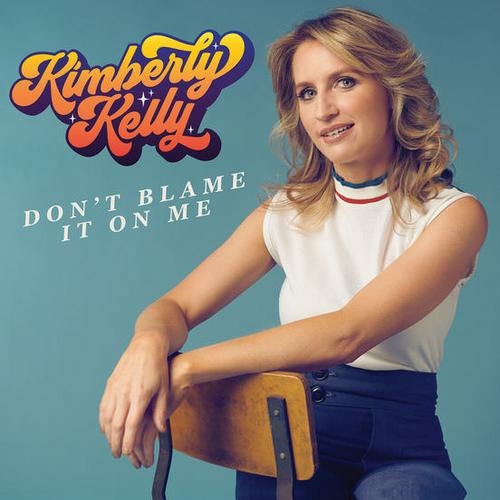 Q&A:
1.    Hi Kimberly, how have you grown as country singer/songwriter in the past year?
My confidence in my style and brand of country has grown. I went back “home” so to speak, and realized people still want to hear the more traditional sounding country I make, enough to help me fund a campaign for a project.
2.    How did you come up with the name “Some Things Have A Name” for your new single?
I chose “Some Things Have a Name” to come out first before the rest of my ep “Don’t Blame It on Me,” because the song just hits you in the face honestly. It’d been so long since I’d heard something that country I knew people would feel the same as I did when they heard it the first time. I wanted the song to have it’s moment, and it felt like the perfect introduction to what else would be following a couple weeks later.
3.    What is the background story behind your new song?
I didn’t write “Some Things Have a Name” it was pitched to me, but when I heard it I fell in love with the melody and story of the song. I’ve been in that situation before, and it felt like something I would’ve written myself and how I would’ve delivered the message to “the cheater.” I loved the sass.
4.    Is there something you wish your fans would take away from this song?
Stand up for yourself maybe? You can tell somebody how it is and still have some class while doing it. I mainly just wanted to give people something they could dance to! : )
5.    Was there any other artists or producers that helped to create this song?
The song was written by Bob DiPiero and Troy Johnson. Brett Tyler produced my entire project, and he did a great job of encouraging me to push for the best songs I could find (whether I wrote them or found them). The musicians in the studio I think also had an impact on how the recordings came out. There was a lot of joy and freedom for creativity in the room, and I think it translated in their playing. For this song in particular, when the keys player had the idea to add a “string” section the song really came alive!
6.    Is there anything coming up with your music for the rest of 2018?
I’m going to continue pushing the ep, have plans to record another video for one of the songs, and I am panning on doing a Christmas house concert tour with my friend and fellow artist Erin Enderlin.
7.    Is there anything else you would like to share?
Just want to say thanks to people listening and sharing the music- it means a lot and helps a ton! I also have a video in the running for the CMT 12 pack if they want to vote for it! “Don’t Blame It on Me” haha