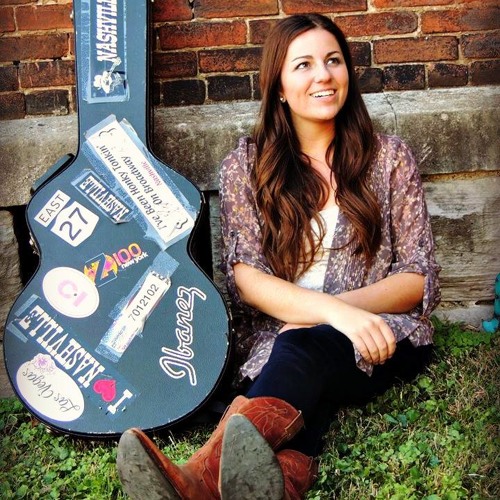 1. Hi Ashley, can you tell me a little bit about yourself before you became a country musician?
Before I became a country musician I did a lot of theater in school plays!  I grew up in New Jersey and spent a lot of time going into the city to see Broadway shows.  I always thought that was going to be the path I would take but then I picked up a guitar and everything changed.  I literally fell in love and decided to start writing my own music.
2. Who are some of your musical icons?
My favorite musical icon is Taylor Swift.  I would not have picked up a guitar if it wasn’t for her.  Her music made me fall in love with country and songwriting.  I also really love Maren Morris.  Her story as an artist, but also as a songwriter is awesome.  The first time I saw her music and heard her play was at Belcourt Taps which is a venue I hang out at all the time.  It seats about 40-50 people.  It was just an amazing experience.
3. How did you become a fan of country music and when did you know you wanted a career in it?
I grew up in a house full of guitars!  My dad plays the guitar and I remember asking him if he thought I could learn how to play the guitar.  He told me to give it a shot and sure enough I was able to pick it up and teach myself.  He was always into Rock and Roll music and I spent a lot of my childhood listening to that genre of music.  I became a fan of country music when I was just starting high school.  I remember listening to Taylor Swift’s first album on the bus ride home and really felt a connection with the songs.  I eventually started listening to all kinds of country music on my bus rides home from school.  I fell in love with the genre and love how every country song tells a story.
4. What is the background story behind your newest single “Drunk Again?”
This song has such a different background story than any other song I have ever written.  Usually when I write a song it is in a writers room and it is planned.  This song just kinda happened.  About two years ago I was having a 4th of July party at my house.  One of my close friends, John Miller, who is also a co-writer on the song showed up in a t-shirt that said “Make American Drunk Again”.  As a songwriter, I am always looking for cool song titles everywhere and I saw that and thought Drunk Again would be such a cool title for a song.  After a few jello shots we started writing the song at the party.  We only wrote the first verse but I really loved the song so Sean Spollen, who is another writer on the song,John and I finished it up a few weeks later.  I knew as we were writing it that it was something special!
5. Is there anything else new coming up with your music for the rest of 2018?
I am super excited to announce I am releasing a 5 song EP called Turn Up The Night at the end of this year.  This is my first time releasing an EP!  I can’t wait for everybody to hear it.
6. Where do you see your music career in the next 5 to 10 years?
In 5 to 10 years I still see myself living in Nashville and working on music.  I absolutely love this city and there is no other place I would rather be.  I have already been blessed with so many opportunities and I can’t wait to see what the future holds.
7. If you could sing a duet with a famous singer or group who would it be and why?
If I could sing a duet with a famous singer I would want to sing a song with Miranda Lambert.  I love how her music is her own and love all her sassy songs!  I really enjoy writing upbeat and fast tempo songs and I feel like a lot of her music is that.
8. What is one of your favorite quotes?
“Fall seven times, Stand up eight”
9. Is there anything else you would like to share?
I am just super thankful for the opportunity to answer some of these questions and share my music.  THANK YOU!