Country singer and songwriter Karen (Car-in) McCormick is going to be putting out her sophomore single “We Were on Fire,” on August 31, 2018. This single produced and mixed by Lucas Hathaway and was recorded at the famous Treasure Isle Studio in Nashville, TN. Mostly McCormick wrote the song and the song has a similar sound to country artists like Kelsea Ballerini and Danielle Bradbery.

McCormick shares, “She wanted to write a song that embodied a relationship that is so happy and so good and everyone wises they could have it. It is one of the happiest songs that she have written and that makes her so happy as a songwriter.”

The new single is a follow-up to McCormick’s first single, “Just a Song”, which has over 15,000 Spotify downloads. McCormick is excited to be sharing a new story with her fans. Lastly make sure to download  and listen to McCormick new song this Friday on all digital platforms. 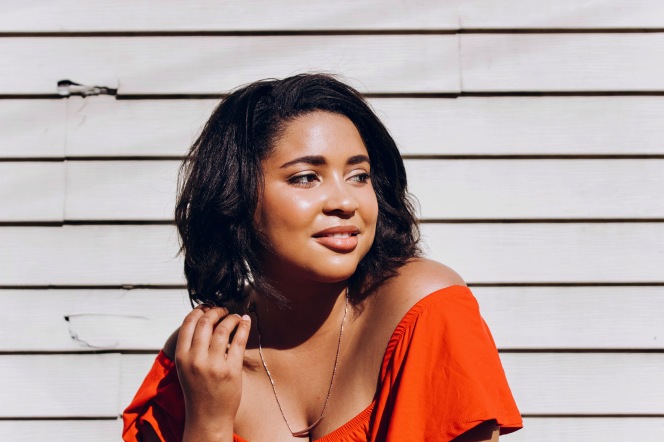 1.    Hello Karen, how have you grown as country singer/songwriter in the past year?

That’s a great question. It’s always been hard for me to wake up and say, “okay, today I’m going to write a song, and I want it to be about this.” Ironically, that’s exactly what I did with this new single. I feel I’ve become more intentional with my songwriting, which is something I want to expand on and continue to do as a writer.

2.    How did you come up with the name “We Were On Fire” for your upcoming single?

I wanted the title to reflect the overall theme of the song, which is having something so great that everyone around you wishes they could have it — We Were on Fire” was the line that stood out the most to me and best represented that theme.

3.    What is the background story behind your new song?

My first single, “Just a Song”, was reflective and nostalgic — but in more a sad way. I want the second single to be happier, to touch on happier memories — because I’m so happy in my life right now! It tells the story of having something so good it’s almost too good to be true.

4.    Is there something you wish your fans would take away from this song?

I hope it’s one of those songs that people turn up in their car and single along to. I hope people feel a sense of happiness when they hear it — because I was so happy writing and recording it.

5.    Was there any other artists or producers that helped to create this new tune?

I wrote the song myself earlier this year back in March. Caleb Lovely — who is so talented — played the instruments, while Lucas Hathaway produced and mixed it. I’m so happy with the way they brought it all to life.

I want to say thank you to you, Dixiedee! Because of people like you, songwriters like myself have their songs heard. I’m thankful for your dedication to helping new artists and your love of music.