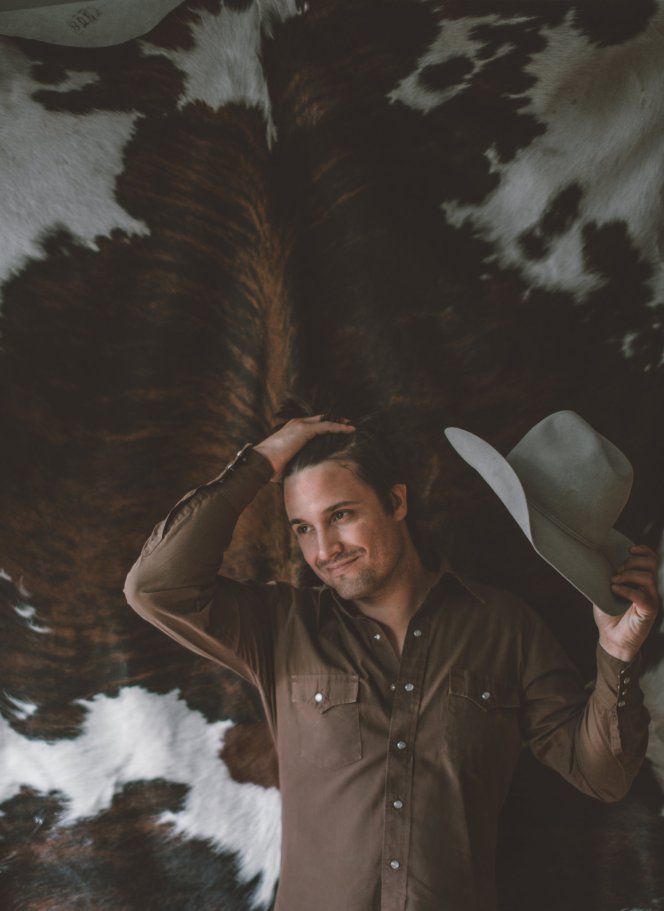 1.    Hi Ross, can you tell me a little bit about yourself, before you become a country musician? I come from a rodeo family.  That’s how both of my parents met.  I rode bareback-horses and saddle-bronc from the time I was 13 I moved to Nashville.   I started playing music when I was 10, so music and rodeo have always been the two big staples in my life.
2.    How did you become a country music fan and how did you know you wanted a career in it? My first introduction to country music was a George Strait greatest hits tape, then The Mavericks shortly after.  Both are still two of my favorite.  I don’t know if I there was ever a decisive moment regarding the decision to pursue a career in music.  All I’ve ever wanted to do is write songs, so I just feel lucky that I get to build a career.  It’s hard.  Every day is tough.  But it’s all worth it.
3.    Who are some of your musical icons? In no order: Ryan Adams, Tom Waits, The Damnwells, The Mavericks, George Strait, Willis Alan Ramsey.
4.    What is the story behind your new single “I Rode the Wild Horses?” It’s an homage to all the old cowboys that I grew up looking up to.  A lot of times, these guys are forgotten about, and they were always heroes to me.  It was my way of telling that story.  I hope I turn into one of those men when I’m their age.
5.    Is there anything new coming up with your music for the rest of 2018? The shows are stacking for the fall.  So playing to as many audiences as we can.
6.    Where do you see your music career in the next 5 to 10 years? My biggest goal in the next 5 years is to have a family and be able to support them through my music career.  I want to write the best songs I can and put out the best music that I’m able.
7.    If you could sing a duet with a famous singer or group who would it be and why? Would be a blast to sing some of spanish songs with Calexico.  Their new album is phenomenol.
8.    What is one of your favorite quotes? When we were rodeoing, my dad always told us, “take it one jump at a time”.  In the simplest terms, it means: don’t get ahead of yourself.

His newest album, “I Rode The Wild Horses,” drives country music to it old-style roots and sound. This new album is available both on iTunes and Spotify. Cooper has a new Nashville sound that is a mixed up of radiance pedal steel, rock n’ roll telecaster riffs and beautiful harmonies. If you would like to find out more about Ross Cooper then check out his website https://www.ross-cooper.com.

KW:  2018 has definitely been my biggest year in terms of growth and maturity as an artist. Being on The Voice earlier this year gave me the opportunity to start the new chapter that I really needed creatively. I’ve been focusing a lot of my attention on putting out music that reflects who I truly am and who I want to be as an artist.

2. How did you come up with the name of your song “Unfixable?”

KW: I co-wrote “Unfixable” with my friend and producer Andrew Peebles. He came in with the idea of a relationship being unfixable and by the time we were done writing the song a couple hours later, I fell in love with it! I knew that I had to release this song!

3. What is the story behind your new song?

KW: “Unfixable” is about being in the situation where you know that you should not be in a relationship with this person, but you love them so much that you just can’t walk away. In this moment, you’re begging that person to hurt you so badly that you can finally walk away without feeling anything.

4. Is there something you wish your fans would take away from this song?

KW: One of the main things I want people to take away from this song is the powerful message behind it and how connected I am to it. I really feel like this song is a whole new side of me as an artist because it shows a more raw, vulnerable side of me that most people really don’t see very often. It touches on emotions that most of us don’t want to talk about.

5. Is there anything else coming up with your music for the rest of 2018?

KW: Just travelling with my band playing as much as possible! And of course promoting “Unfixable!” As of right now there is nothing set in stone music wise, but there definitely may be some new music coming your way as the year progresses! J

KW: Thank you so much for supporting and sharing my music!! You can check out “Unfixable” on iTunes and Spotify, and follow me on all social media. 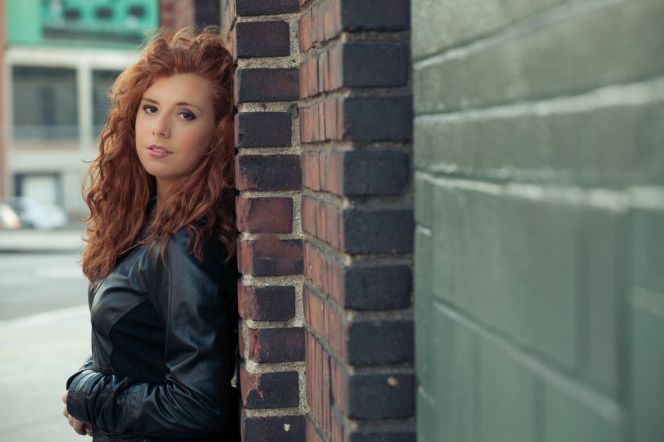 1.    Hello Carly, can you tell me a little bit about yourself before you became a country singer/songwriter? I started writing songs in my head when I was 7, but didn’t pick up the guitar until I was 13. I started singing in a high school rock cover band and finally started to perform my original songs in front of an audience when I was 15.

2.    When did you become a fan of country music and when did you know you wanted a career in it? When I was 17 I went to a Keith Urban show, which lead me into diving into listening to any sort of county available to me at the time on Cape Cod, MA.

3.    Who are some of your musical icons? Keith Urban, Gavin DeGraw, McFly, Sting & The Police, Sheryl Crow, Carol King

4.    What is the story behind your new single “Better Off At A Bar?” My friend Brett Gillan and I started this song of September 2017 after he overheard someone saying this at a bar.  “Better Off At A Bar“ describes an inner conflict between vulnerability and dignity; knowing that the right decision is to move on from a relationship, but still holding onto hope.

I’ll be releasing new music every 6-8 weeks for the rest of this year…the next single drops in July!

I’ll be releasing new music every 6-8 weeks for the rest of this year…the next single drops in July!

In the next 5-10 years I’d love to be consistently writing music for my artist project as well as for other artists in Nashville and beyond. I’d love to be on a tour and/or headlining my own shows as well.

7.    If you could sing a duet with a famous singer or group who would it be and why? Keith Urban because he inspired me to dive into country music and move to Nashville

“If you put your mind to it, you can accomplish anything.” – Marty McFly

9.    Is there anything else you would like to share? Better Off At A Bar MERCH (Shirts & Tank Tops) are coming very soon! The music video is also dropping next week! Stay tuned

At only 24 years old, Carly Tefft has made a name for herself in Nashville, TN. Tefft newest single “Better Off At A Bar,” came out on May 11, 2018 and is available on Spotify and iTunes. This singer/songwriter is from Cape Cod, Massachusetts.

Tefft has got the chance to perform the National Anthem for the Red Sox, Bruins and Celtics. She is also known for her original song “Keep On Running,” this song is an inspirational compliment to persevering through hard times and disaster, especially to all those who had be impacted by the 2013 Boston Marathon bombing. Tefft been invited to perform this song at the starting line of the Boston Marathon three years in a row and continues to give iTunes purchases of the song to the Mass Eye and Ear’s One Fund. “Keep on Running,” was also featured on Boston’s ABC news association, WCVB and CBS association, WBZ and as well as top radio stations like Kiss108, Country102.5 and Mix104’s.

In addition to writing her own songs and performing both in Nashville and also in the Northeast, Tefft is currently working as a songwriter, producer and mulit-instrumentalist in “Music City.” Her song “Good Bad Friends” was picked in the Top 40 out of 2,000 songs for 2016 NSAI Song Contest presented by CMT. The 2015 Berklee College of Music graduate was a nominee for Singer/Songwriter of the Year from the Limelight Magazine Awards. She has also got the chance to work alongside many well-known musicians such as Paula Cole and John Oates.

If you would like to find out more about Carly Tefft then check out her website http://www.carlytefft.com.