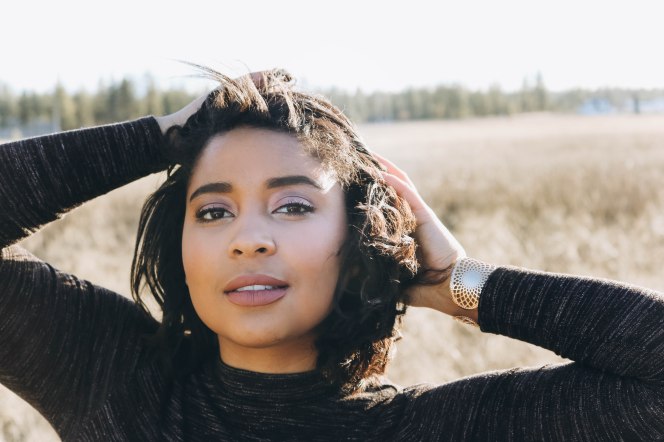 1.     Hi Karen, can you tell me a little bit about yourself, before you became a country music singer/songwriter?

I started singing when I was 7 years old. My dad was in a choir at our church, and he encouraged me to join the children’s choir that our church offered. I remember asking, “Huh? Why?” And he just said, “I really think you’d like it.” Sometimes our parents know us better than we know ourselves, because he was certainly right. I became obsessed with singing, and I joined the choir at school and stayed in it throughout high school. We moved around a bit when I was younger, and music was the thing that really remained constant for me.

2.     How did you become a fan of country music and how did you know you wanted a career in it?

When I was 11, my dad and I were in the car. He turned on the country radio station, and at the time, I really didn’t like country music. But in the moment, Taylor Swift’s “Tim McGraw” came on, and I fell in love with it. Looking back, I think why I didn’t really care for country music was because there wasn’t many females on the radio at the time. This was 2006, so Carrie was just exploding, Taylor made her debut, Miranda was up and coming. I fell in love with the storytelling that country music has, and I started begging my dad for a guitar. I had been writing stories in notebooks at this point, but I’d never thought to combine those stories with my musical interests. I got my first guitar when I was 13 for Christmas, and I wrote my first song that day.

Taylor Swift is a big one, she’s really the one who inspired me to write songs. But I love Carrie Underwood. If there was someone whose career I’d say I’d want to resemble, it’s hers. She’s balanced an incredibly successful career, great music, and having a family life. I love that about her.

“Just a Song” is a story of nostalgia. For a lot of people, when a song comes on, it’s no big deal. But what we don’t realize, is that song could mean something very significant to another listener. It could be their wedding song, their breakup song, their work out song. I wanted to tell a story of a song being so much more than just a song.

I love this question, because I’m really excited about the answer! I’m going to be heading back to Nashville this summer to record the second single. I’m excited to keep this journey going. My goal is to have two more singles out this year, and release an EP early 2019.

6.     If you could sing a duet with a famous singer or group who would it be and why?

I’d love to sing a duet or write with Kacey Musgraves. She’s killing it right now — although she always has been. But her new music pushes boundaries and I love that she isn’t afraid to do that. She’s an incredible example of someone putting their art first.

I want to have albums out and tour someday. I think every artist/singer/entertainer/songwriter’s dream is to have their songs heard and the way to do that is to go out and do it. Write the songs, release the songs, play the songs live for anyone who will listen. That’s the dream.

“Without music, life would be a mistake.” – Friedrich Nietzsche

I’m so excited for people to hear my first official body of work.