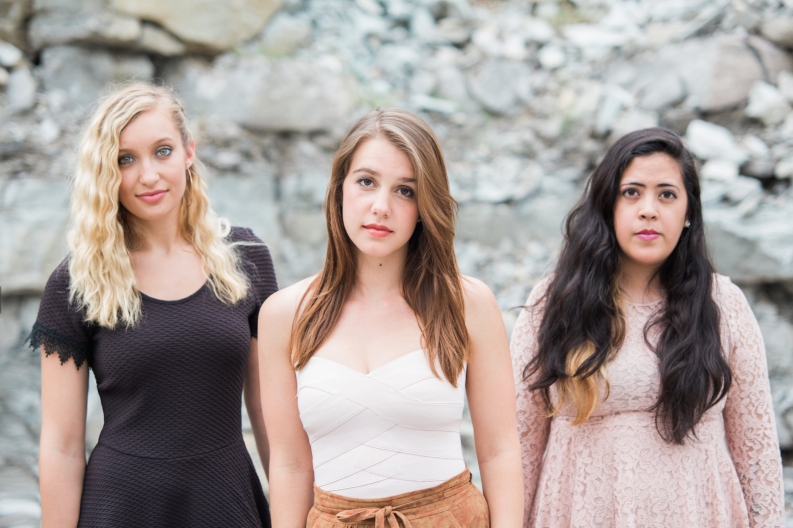 Maybe April is a country music trio made up of Kristen Castro, Katy DuBois (Bishop) and Alaina Stacey. They are from Simi Valley, CA, Jonesboro, AR, and Chicago, IL. The three of them met in the summer of 2012. They were all attending a music industry camp in Nashville, TN. They wrote a song that would later take them to Los Angeles to play a Grammy event, along with musicians like Bonnie Riatt, Kris Kristofferson, Gavin DeGraw and Joy Williams from the Civil Wars. Since that event, the girls played over hundred shows. They have opened up for Brandy Clark and Sarah Jarosz.

They had played at the Pilgrimage Music Festival and IBMA’s Wide Open Bluegrass Festival and had their video “Last Time” debut on CMT. Maybe April is known for their three-part harmonies, their gift to play different instruments and writing their own songs. These girls are a perfect fit and their music continues to push them in their endeavors in Nashville, where they have been living since 2013.

If you would like to find out more about this great trio then check out their website http://www.maybeapril.com/home. Also please go take a listen to their latest single “Last Time.”