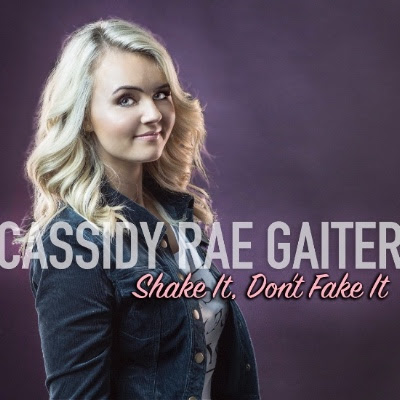 Hey Danaille, Sure! Well I’ve always sung country music; it’s a huge part of my family so I basically grew up listening to and singing it. But I really decided to take my career seriously after I graduated from University with a Bachelor Of Music Theatre, I kinda detoured into the theatre world after highschool but while I was in it, felt I was really missing writing and performing my own music so returned to my ‘roots’ (country music) you could say a few years ago and have been doing that ever since!

2. How did you get into country music and how did you know you wanted a career in it?

I pretty much knew from the day I could sing that I wanted to have a career in country music, like I said before I took a few years off to try theatre but there was always something pulling me back to country music! I just love being about to write and perform my own stories!

3. Who are some of your musical icons?

My very first musical icon was Shania Twain! My mum used to have her “Come On Over” album on repeat when I was a kid and one of the very first songs I ever sang live was “Honey I’m Home”! So Shania is definitely the OG Icon haha along with the Dixie Chicks! But these days I take A LOT of inspiration from Laura Bell Bundy because she detoured to Musical Theatre as well and then moved to Nashville and released a country record with a super theatrical twist which I loved and made her super unique, which is what I’m trying to do! I also look up to Kelsea Ballerini and Miranda Lambert a lot because they aren’t afraid to be themselves and fight for Women in Country Music!

4. How did you come up with your latest EP name “Shake It, Don’t Fake It “ and what is your favorite song off this EP?

It’s a funny story actually! I had all the songs picked for the EP and was trying to come up with what to call it, and a had a few ideas from the lyrics in my songs but none of them were sticking and then I thought about making it self titled but that didn’t feel right either! So one day someone said to me ‘oh just shake it, don’t fake it’ and I was like THAT’S IT, that’s literally what I stand for and it comes across in a lot of the songs like ‘Shade’ and ‘Puttin On A Show’! But I had no idea if I could use it because that phrase wasn’t present at all on the EP, so when I was in Nashville to record all the songs, I ended up writing “Shake It, Don’t Fake It” the day before I went into the studio and it ended up on the record as the title track! It’s super hard to pick a favourite! But “All The Feels” has a very special place in my heart because I wrote it with my 2 favourite co writers, Hannah May Allison and John Miller! I also love ‘Shade’ because it was the first song I wrote for this record and Its kinda everything I’ve wanted to say to the people that didn’t believe I could do this for a living!

5. Is there anything else coming up with your music for the rest of 2017?

The rest of 2017 will just be getting everything orgainsed for my second  single release! So, I’m about to film the music video and do a bit of promo for that, which hopefully will be coming out in January next year! I’ll also be doing a few gigs leading up to the Christmas break!

6. If you could sing a duet with a famous singer or group who would it be and why?

100% Laura Bell Bundy! It would make my entire life! Or Shania twain of course! I would also love to have a writing session with Kelsea Ballerini, I think I would learn so much from her!

7. Where do you see yourself in the next 5 to 10 years with your music?

I hope to still just be able to make and play music everyday! I also have a huge goal of moving to Nashville as well and trying it out there, so if I could make that happen in 5 years I would be extremely happy!

8. What is one of your favorite quotes?

Just thank-you so much for chatting with me!