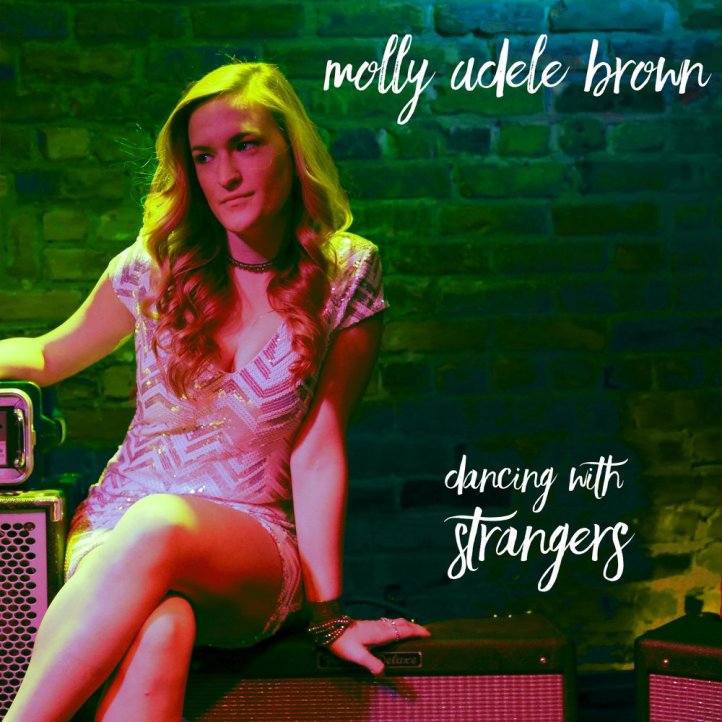 Molly Adele Brown is from Westchester, New York and she graduated top of the Theater Performing program at Wagner College. While in college, Brown took classes that range from vocal technique and song writing to film acting and musical theater performance. Brown believes there is always “more to learn and she loves the challenge of taking on something new.”

Brown works closely with guitarist/songwriter Jimi K Bones (Joan Jett, Blondie and Enrique Iglesias. She has also worked with songwriter/casting director Nefertiti Jones (Lilith Fair, Electric Purgatory, Hose Casting), and also with their partner Brain McGee (Rolling Stone, Cyndi Lauper and MNF). Brown showcases in her lyrics about sharing stories about being in her early 20’s. This is definitely shown in her songs “Chug” and “Mr. Right.” But Brown also does not hold anything back when singing her song “In Time “In Time” is an upsetting ballad where she explains the intimate details of the unexpected loss of her father in 2011

While writing new music Brown has been connected in many cross-country competitions. She was a top 50 semifinalist in the 2015 Nash Next competition. Also, her song “Mr. Right” landed her the runner-up position in the “Fan Favorite” category for the Bands4Good Competition. This competition helped to raise money for different charities while showcasing music from up and coming artists. Brown was also featured in The Examiner on-line issue in January 2011 and the Westchester Press in 2014.

Brown newest EP “Dancing with Strangers” came out in 2017 and is available to download on Spotify and iTunes. If you would like to find out more about Molly Adele Brown then check out her website http://mollyadelebrown.com.