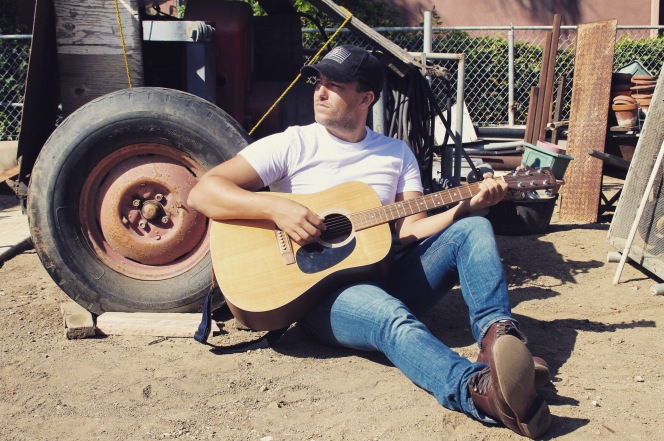 1.     Hi Stephen, can you tell me a little bit about yourself before you became a country singer?

Hi! Well, I grew up all over, but have always considered California home base. Born in Northern California, moved to Green Bay Wisconsin, back to Cali, Detroit, Michigan, and eventually landed in Southern California, where I now live in San Diego. Before pursuing pop country music, I grew up playing in punk, pop and rock bands with my brother Adam and other friends. Everything from Blink-182 to Guns n Roses covers, to writing and our recording our own original albums as well.

2.     How did you get into country music and how did you know you wanted a career in it?

I’ve always been a fan, I think that’s where it starts. But I’m also big into the writing style of songs about family, country, faith and a lifestyle of working hard and never quitting. I that that embodies a lot of what country music is. Over time, with more interest in the sounds of the banjo, slide guitar, violins, and other music aspect of country music, I think it has blended nicely with my writing style and voice to create my pop California Country style.

3.     What is the story behind your newest single “Liking Your Style?”

I have been writing a song with Norv Turner, who is a former NFL Head Coach (with a couple Super Bowl rings!). We have been family friends over the years, and he came to me with an idea and some lyrics for a song called “Things I’ve Never Done”. I plan to release it in December this year after recording it with producer, Doug Allen, who I also recorded “I’m an American” with in 2016. It’s been fun stepping out of my comfort zone to write with someone who’s never done it in a formal sense (I mean, Norv’s been coaching football his whole career!) and turn it to life in a song. He doesn’t sing, or even play an instrument, but he came to me and told me, “I’m a poet”, and now I believe it!

6.     If you could sing a duet with a famous singer or group who would it be and why?

This is a tough one! I have been a life-long Tom Petty fan, and just three weeks before he passed, I saw him for my first time performing live in San Diego at Kaaboo music festival. To be able to sing with him would have been a dream come true.

But since not Tom… how about… Jimmy Buffet or Tim McGraw!

I’m looking forward to continuing to write and release new music. While I’ve recently been releasing singles every few months, I’d like to one day be able to crank out a whole album to release. And hey, maybe be able to upgrade my little home studio with my crappy two channel mobile pre-amp and cheap old guitars to something more professional! I’d also like to continue to work with new musicians and friends who can help make me better as an artist with my songs, vocals, and guitar chops.

“If you’re not having a good time, it’s probably your fault!” – (Some guy that worked for Maui Jim Sunglasses when I was in Hawaii on vacation one year)

Probably my chance to plug the music now right?! I have two songs on iTunes/ Spotify/ Amazon and would love if everyone who sees this article would go give them a listen, also be sure to follow me on Instagram @StephenRayMusic and Facebook. Thanks for the Q&A, Danaille!