We both made the leap to writing full time. By having at least one, most often two and sometimes 3 writing sessions a day, we got a lot better at what we do.

Sean Swenson is a huge part of our writers crew, SMASH:30. He came up with the title. If I remember correctly, Sean and former lady friend used to go out separately on the weekends, but after both consuming adult beverages, would always wind up participating in late shenanigans. Somehow he started calling it Whiskey Business, brought the idea to the writing room and the rest is history.

If I remember correctly, Sean and former lady friend used to go out separately on the weekends, but after both consuming adult beverages, would always wind up participating in late shenanigans. Somehow he started calling it Whiskey Business, brought the idea to the writing room and the rest is history.

I think it’s one of those songs that people can relate to. That somewhat toxic situation that you continue to put yourself into because it’s what you’re used to, but you usually regret in the morning.

Matt Erickson did a great job producing the track. We had quite the crew of writers, including Sean Swenson, Joshua Robert and Brett Stafford Smith.

Hannah and I were cowriters on some really exciting songs that are coming out by other artists, including Lexi Mackenzie’s first single, Love’s Out Of Control and Cassidy Rae Gaiter’s All the Feels. I also cowrote a song with The Voice’s Blessing Offor called How Do You Know that will be on his album.

As artists, we both will be releasing new material in the very near future.

Hannah and I are both members ofSMASH:30 Songwriters. We a team of 5 songwriters/artists here in Nashville. We write regularly with each other and with some of Music City’s best rising artists. 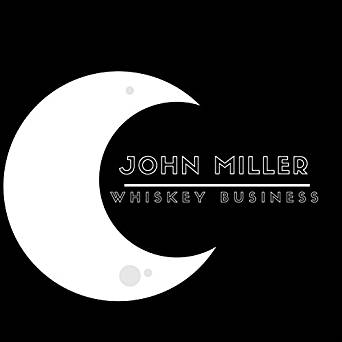 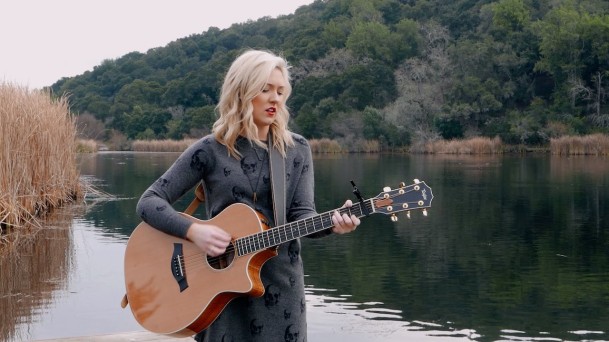 1.     Hi Tyler, can you tell me a little bit about yourself before you became a country singer?

2.     How did you get into country music and how did you know you wanted a career it?

4.     What is one of your favorite song that you ever recoreded?

1. I grew up in Muskogee, OK. It was a small town and country music was pretty much the way of life. I didn’t start early as a musician just always loved music and would sing constantly. Instead in my younger years I played football and lived small town life…fishing, hunting, etc. I left my hometown to go to college and play college ball until I was injured and returned home. Shortly after I joined the US Army. It was during my 6 years in the military that I picked up a guitar and found what I didn’t know was missing from my life for so long. When I finally finished my tour of duty I immediately began to play small gigs and practice my craft until I came to a point in my musical journey where music became my full time career.

2. I think, for me, country music was always the only direction that I could’ve been successful. I did play with a rock band for a bit and even though music makes me happy there was always something missing. It became a career for me, at least in my mind, the first show I played one of my original songs. Sitting in front of a room full of people with nothing but an acoustic guitar in my hand and singing words that I had put on paper was a feeling that couldn’t be replicated. It felt like what I was meant to do.
3. When it comes to musical icons the list is way to long to list them all. The first couple that come to mind would have to be Garth brooks, John Mayer and Led Zeppelin. As strange as that mix is I think it’s important to draw influence from all styles of music rather than just one genre. Music is a learning experience for me and always evolving so drawing influence from all styles allows me to keep an open mind.
4. My favorite song I ever recorded was “Too In Love”. I wrote this song in TN and recorded it in Los Angeles, CA. The reason I guess it’s my favorite would be that it’s the first song I ever professionally recorded. Really it was my first time inside an actual studio with producers and musicians. The experience really solidified how important the whole music making process is to me.
5. The rest of the year I’m focusing on finishing the writing for my new album planned for the beginning of 2018. I just came back from Los Angeles auditioning for “The Voice” so my tour schedule was cleared. I took it as an opportunity to focus up and really try to write songs I can be proud of.
6. I would definitely sing a duet with Carrie Underwood. To me, duet has always been male/female oriented and she is one of the best in the business. She’s also from Checotah, OK which is about 20 min from my hometown. Us Okies gotta stick together lol.
7. I’m not sure where I’ll be but I can tell you where I’d like to be in the next 5 to 10 years. In 5 years I’d love to have a nationally circulated single on the radio and possibly a small intro record deal. Within 10 I’d love to be up for a country music award. I can honestly say if none of that happens I’d love to just still be making music and loving it.
8. My favorite quote is one by Henry Wadsworth Longfellow. It’s a simple one. “Music is the universal language of mankind”. No matter who, what language, ethnicity, anything that might separate us, Music is the one thing we can all relate to.
9. When it comes to cooking I’m fairly simple. I’m honestly the the type (no judging) to mix spaghetti noodles and bbq sauce and call it a night or make a burrito out of pretty much anything. Lol I don’t think that either qualifies as a recipe though.
10. I will be touring nationally starting the new year and there is talks of another Ireland tour mid 2018.

Tyler Brant was born in Oklahoma. While growing up in a small city, Brant listened to Garth Brooks, Merle Haggard and Joe Diffie. Brant’s career path did not start in music. He first worked in a factory up until he went to serve for his country. It was during his time in the military that he picked up a guitar and found his calling.

Many of Brant’s friends were singers, so he picked up the acoustic sound fast and succeeded in starting his own music career within in the city of Savannah, GA. Just one year after starting his singer/songwriter profession, Brant was nominated for a Georgia Music Award for “Best Country Male Vocalist.”

After living in Savannah for a while, Brant decided to move to Tennessee to continue his growth as a country music artist. In 2016 Brant put out his first two singles “Too In Love” and “Suns Come Up” both songs came out in 2016. His music is available on Spotify and iTunes. Brant has also made way for his first inaugural international tour in 2015. He traveled to the beautiful island of Ireland. Brant continues to be himself and make music that many of his listeners can relate to.

If you would like to find out more about Tyler Brant then check out his website www. https://www.tylerbrantmusic.com.