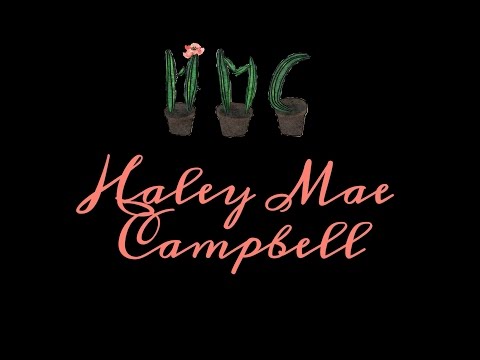 Country singer/songwriter Haley Mae Campbell was raised in Charleston, SC. Campbell has been of fan music and performing arts since she was a child. After recording at Cupit Studios in Nashville, Campbell put out her first album, “Hugs & Disses,” at the Charleston Music Farm in February 2015. After putting out her first album, she landed many gigs such as writing and singing a Monday promotional music video with the Charleston RiverDogs, opening up for country singer Sheryl Crow at the 9th Annual First Flush Festival and also being a opening act for country singers/groups like Love & Theft, Luke Combs, Tyler Farr, Lauren Alaina and Brothers Osborne. Next, Campbell and her band, The Hardware, went on their first tour of the East coast. They performed everywhere from Orlando to New York City. The tour was called the “Hugs & Disses Tour” and this tour marks first of many things for Campbell’s music career.

Campbell newest EP, “Phone Home,” shows how much Campbell grew from her first EP. This five-track album, was co-written with drummer Ben Sewell, and was recorded at Truphonic Studios in Charleston, SC and was engineered by Joey Cox. “Evergreen,” was the last song on the track list and was first written for this EP. Radio station 105.5 the Bridge started playing songs from this EP. The title track and first single from this album “Phone Home,” is a fan favorite. The EP also has a folk/rock sound to it and has awesome lyrics and reminiscent melodies, which makes this EP a new development for Campbell’s career.

At the end of 2016, Campbell won both “Female Singer/Songwriter of the Year from i93.7 Local Only and as well as “Country Artist of the Year” at the 2016 Independent Tone Awards. Her single, “Lose My Number,” reached at #5 on the iTunes Country Pre-Orders Chart and debuted on January 20th at #43 on the Singer/Songwriter Chart.

Campbell has been showcased on popular print articles, radio and TV programs, including the Whiskey Riff, Extra Chills, 105.5 The Bridge and The Pat Henry Project WMTS. If you would like to find out more about Haley Mae Campbell then check out her website http://www.haleymaecampbell.com.