Kelby Costner is an up and coming country singer from Lincolnton, North Carolina. Some of Costner’s musical influences are Travis Tritt, Eric Church and Travis Meadows. At a young age Costner started to take guitar lessons. When his guitar teacher moved away, he stopped also playing the guitar. It was not until after he graduated from high school that he started to play the guitar again.

When he moved to Nashville, Costner had already achieved opening up for multi-platinum country music recording singer, Collin Raye. Costner has also worked to make a fast growing pace of social media followers and has gained over 2 million views on Facebook with his cover of Brett Young’s song “In Case You Didn’t Know.” Country Music Nation & Country Rebel has also given good reviews of Costner for his cover of Randy Travis’ song “Three Wooden Crosses.” Also Country Music Minute named him an “Artist To Watch.”

Costner is right now in the studio working on his debut album, which is set to come out early next year and it will include his newest single “Hold On.” He was featured on NASH FM Ty, Kelly and Church show for their 10 minute tune segment, and this is where Costner wrote a funny song about the Mayweather vs. Mcgregor fight http://www.tykellyandchuck.com/2017/08/25/10-minute-tune-mayweather-v-mcgregor-fight/.

If you would like to find more about Kelby Costner then check out his website https://www.kelbycostner.com. If you enjoy his music then go take a listen and download it on Spotify and iTunes. 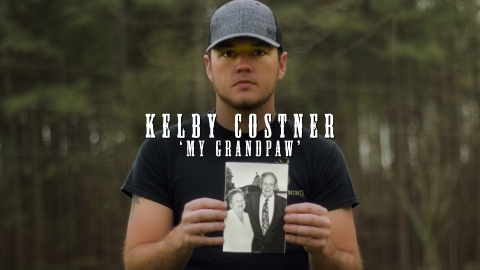