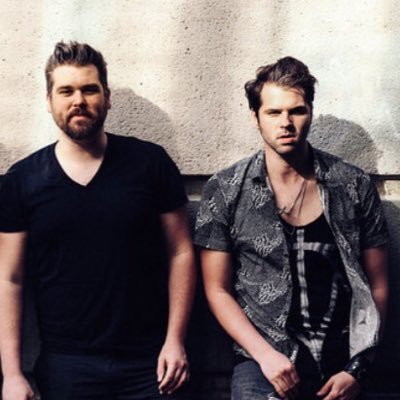 1.     Hello guys, can you tell me a little bit about yourselves before you became a country trio? Bradley and I are brothers from Tupelo, Mississippi that grew up singing as a family in church. We knew we wanted to pursue country music at an early age, so the move to Nashville was inevitable.

2.     How did you guys get into country music and how did you form your group?  We’ve always loved country music and we have an older brother who introduced us to all the greats early on. Bradley and I have always sung together so naturally, so forming this group was never really something we decided but rather something that has just always been.

3.     How did you guys come up with your group name? Originally we had a girl named Aly in the group. When Aly left, We decided to change the name from Brassfield Aly (our last name/her first name) to Brassfield Alley.

4.     Who are some of your musical icons? Love this question! For Bradley, it would be Garth Brooks, Jason Crabb, Merle Haggard and more recently Chris Stapleton. For me, it would be Elvis Presley, Bruno Mars, One Republic and Vince Gill!

5.     Is there anything else coming up with your music for the rest of 2017? Absolutely! We have more show dates coming, along with releasing new music for the first time in two years. Constantly working to grow this career. We are so blessed!

6.     If you guys could sing a duet with a famous singer or group whom would it be and why? Bruno Mars. Because he’s the coolest.

7.     Where do you guys see your group in the next 5 to 10 years? We have always been dreamers but also hard workers. We would be happy with whatever level of success God has planned for us. But, as long as we are happy in what we’re doing, we’ll feel like we’re successful!

8.     When you are working or playing music what do you like to do in your free time? We love to write songs or work in the studio on our days off from actually playing out live. Also, we love sports so playing basketball, football and golf are some of the other things we love!

9.     What are of some of your guys’ favorite quotes? “Hard work beats talent when talent doesn’t work hard.” Tim Notke

Brassfield Alley is a country music duo. The two members of this group are brothers Bradley and Chadley Brassfield. The Brassfield Brothers were born in Tupelo, Mississippi. Writing their own songs, singing and playing music instruments came so easy to both that pursuing a career in country music was likely to happened. As children Bradley and Chadley sang and performed in churches across the southern United States.

They made the moved to Nashville in 2010 to start their country music careers. After moving to Nashville they met well-known songwriter Kenny Beard and famous producer, songwriter and engineer Mickey Jack Cones. By meeting Beard and Cones this led the boys to obtain a record deal with industry veteran Tony Conway. The duo has also been working with popular drummer and producer Nir Z who is helping them record their new EP. So stay tuned for new music coming soon from the Brassfield Brothers.