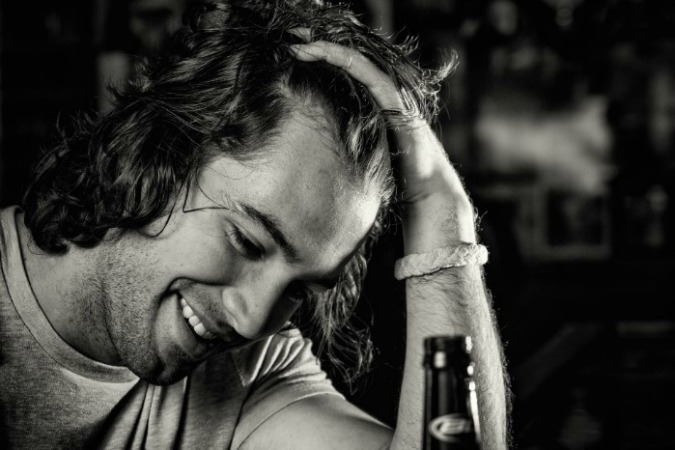 Chris Bandi grew up in St. Louis, Missouri. Bandi is not your regular country singer either. Like many children, Bandi grew up listening to whatever his parents listened to. When he was with his dad he would listen to a lot of rock like Bruce Springsteen and when he was with his mom it was a lot of Garth Brooks and other well known country artists. In just a few short years, Bandi could not stand listening to the same music as his parents. Being a resident of St. Louis, that meant he had to know all the words to Nelly’s “Country Grammer”, he also started to be a fan of new artists like Usher and Fall Out Boy. His combination of pop, rock and country divided him from other musicians out there. After graduating from Ole Miss and spending a couple summers traveling back and forth from Oxford to Nashville, Bandi decided it was time to make the move to Music City.

In just a few short months after moving to Nashville, Bandi started writing with well-known songwriters like Shane Minor who wrote “Chillin” with Cole Swindell and Monty Criswell who wrote “Like Jesus Does” with Eric Church. After a few writing sessions Monty brought Bandi into the studio to help provide vocals on many of Monty’s demos. This led Bandi to be introduced to Grammy winning producer and engineer Julian King who had worked with Tim McGraw and Tyler Farr. Monty and Julian became supporters in Bandi’s work ethic and new country sound. Not long after that the three of them began working together to further promote Bandi’s music.

From almost empty bar rooms to fraternity parties to sell out shows, Bandi has been charming audiences everywhere he goes. He has also been lucky to open for bands like The Marshall Tucker Band and LoCash. Bandi’s stage presence and voice pull the auidence in and makes them want to sing and dance to his music. Recently he had also teamed up with Parodigm Talent Agency who works with Ed Sheeran, Eli Young Band and Toby Keith. Bandi has also been on the road touring all over the Midwest and southeast regions.

The last few months Bandi has put out two new singles “Man Enough Now” and “Gone Girl” and both of these songs are wonderful and I feel many people can relate to them in their own lives. If you would like to take a listen to his music it is available on Spotify and iTunes. Lastly if you would like to find out more about Chris Bandi then check out his website www.chrisbandi.com.