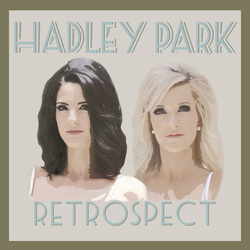 Morgan: I grew up in the music industry in Nashville. My dad wrote songs for a living and all growing up; I just wanted to be as cool as him some day.

Courtney:  I grew up in CA with a family that made me believe if you worked hard enough, you could be and do anything. People always told me I had “this country thing” in my voice when I’d sing at school functions, so I started really checking out country music and falling in love with it.  I applied early decision to college in Nashville, got in and never looked back.  It was my excuse to get to Nashville. My poor parents probably thought I’d outgrow the music dream while I was in college…  but that never happened.

Hadley Park: Our entire friendship has been a series of serendipitous events.  We met (before we were pregnant) in the summer of 2013 at a blind co-write that was set up by producer Paul Worley’s office, and we became fast friends.  That fall we found out that we were both, coincidentally, pregnant (Courtney due in July, and Morgan due in June), which bonded us even more.   Our girls were born 4 days apart and we started writing weekly (with them in the room and sometimes literally attached), so when we started kicking around the idea of recording some music together, it just seemed right to honor the two little ones who really brought us together in the first place, Hadley and Parker… thus the creation of Hadley Park. They motivate and inspire us daily and are truly the best part of our lives.  We live every day hoping to be the best mothers we can to them while also modeling for them how to go after what makes you tick… we like to think of it as chasing our dreams and little ones too.

3. Who are some of your guys’ musical icons?

Hadley Park: Well there are too many amazing artists who came before us to mention. Both of us are big fans of 90s (and before) country, but we both love all types of music.

Morgan: I listened to a lot of James Taylor, Jimmy Buffett, Tim McGraw, Dixie Chicks and Vince Gill growing up. But also had a big love for Faith Hill, Martina McBride, Hootie and the Blow Fish, Counting Crows….. Currently, my playlists are mostly Maren Morris and Kacey Musgraves… with a sprinkle of Cam, Chris Stapleton and the Zac Brown Band.

Courtney:  I grew up on Beach Boys & Buffett, thanks to my parents, and there is a recording of me floating around singing “I’m going to hire a wino to decorate our home” at age 3 or 4 (thanks Dad), so my country roots can be credited to him.  I was a huge fan of big singers in the 90’s… Whitney, Mariah, Celine… but the irony is that I’ve never have that kind of a voice.  Part way through high school I really started getting into country artists like Martina, Faith, Dixie Chicks & Deanna Carter, but after college, I truly became a fan of songwriters.  I have a million writers I am such fans of, and you probably wouldn’t know who they are, but I just love their songs.

Hadley Park: We’ve always said that as long as we are having fun, we will keep on doing what we are doing. We have such a great time writing and performing together as well as strategizing and trying to grow our brand. We see ourselves more established in our careers…. and with adolescent kids! AHHHH!!!  So crazy!  Don’t need that to happen too fast!

5.  If you guys could sing a duet with a singer or group whom would it be and why?

Hadley Park:  We feel like we’re the married version and voice of Taylor Swift… we write and sing things that are very true to what we are going through in life at this moment and hope she’d appreciate our music.  We definitely appreciate hers and would kill to sing a duet with her.  We also think a duet with Jimmy Buffett would be completely awesome.  … and then there are some of our childhood idols like Sheryl Crow (Courtney) and James Taylor (Morgan)… but we may get intimidated by them ha!  It’d also be cool to sing with Crystal Gayle or Reba… because both of them were such strong figures in Country Music and Morgan’s dad wrote their biggest songs.

Hadley Park: Right now we are focusing on releasing our new music video for “Another Bottle of Wine” (May) and going on tour this summer.  We’re even planning the first ever Hadley Park Songwriter’s Festival with Barrel Oak Winery in VA (Aug. 26th) to benefit CureSearch for Children’s Cancer, something we’re very passionate about.

Morgan: My most favorite song that we’ve written and recorded is called “More Than That.”  It is such a vulnerable song about real marriage.  It’s a total cry for love.  We all have ups and downs in our relationships…and this song is about the lowest of the low.  It’s not a breakup song. which is what I like about it. It’s like the song before the break-up….or the make-up… a cry for help. My second favorite is “Another Bottle of Wine.”  It is so us, as writers. We are just a couple goof balls who either write insanely serious songs or tongue-and-cheek-shoot-your-husband kind of songs.

Courtney:  I’d agree with her choices!  I also love “Retrospect.”  It’s a vibey, sexy, positive relationship song, and those tend to be hard to write well, but I’m really proud of it!  Once we started working on it, the entire vision for our EP just started coming into view for me, so this song will always be special for that reason. 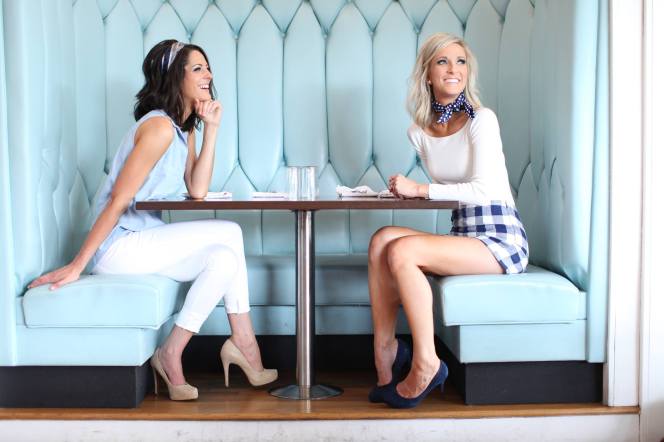