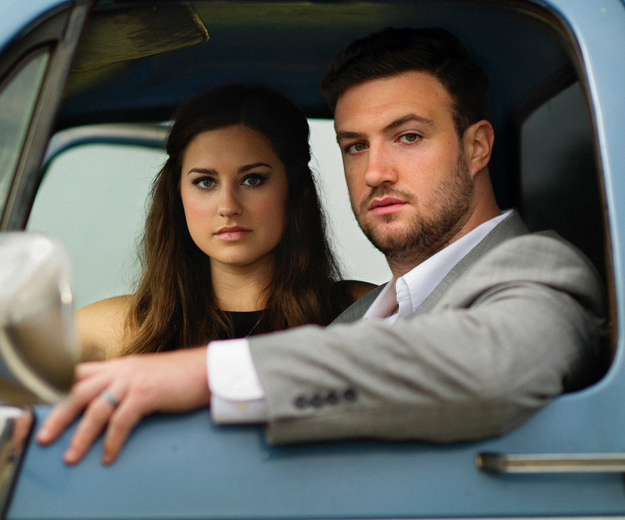 Spencer and Sidnye Askew met at an open mic night at the college they were attending at the time. Both of them moved to Nashville in hoping to be part of the country music world. They first started their careers as solo acts, but just in a short time they became a country music duo. They named their group Sugar and Steel just a little after they got married in September of 2014.

Spencer grew up in Mississippi and was surrounded by a lot of blues music. Sidnye grew up in North Carolina and she listened to a lot of pop and country music. When they brought their different styles together, their harmony fell right into place.

Sugar & Steel want their fans to be able to relate their songs through good and bad times. They also want to represent as a duo that they are doing something they love to do and hope that their fans are doing the same thing in their own lives. If you would like to find more out about this country duo then go take a look at their website www.sugarandsteel.com.