On December 15, 2016, I went to see country duo Brothers Osborne at the Belasco Theater for their Dirt Rich tour. Brothers Osborne is composed of brothers, T.J. and John Osborne. T.J. is the lead singer and plays rhythm guitar while John plays lead guitar and provides background vocals. They started the show off with their hit single “Pawn Shop.” Their stage actually looked like a real pawnshop with items like an old television, lamps and rustic slot machine. The guys and their band played a 90-minute set with upbeat versions of their popular singles like “21 Summer,” “American Crazy” and “Greener Pastures.” The brothers shared “Ain’t My Fault” will be their new single in January 2017. The duo also shared their versions popular country classics like Dixie Chicks’ “Goodbye Earl” and John Denver’s “Take Me Home, Country Roads.” Both brothers can play the guitar so well and the sound of the music is something new and refreshing that is entertaining to hear. 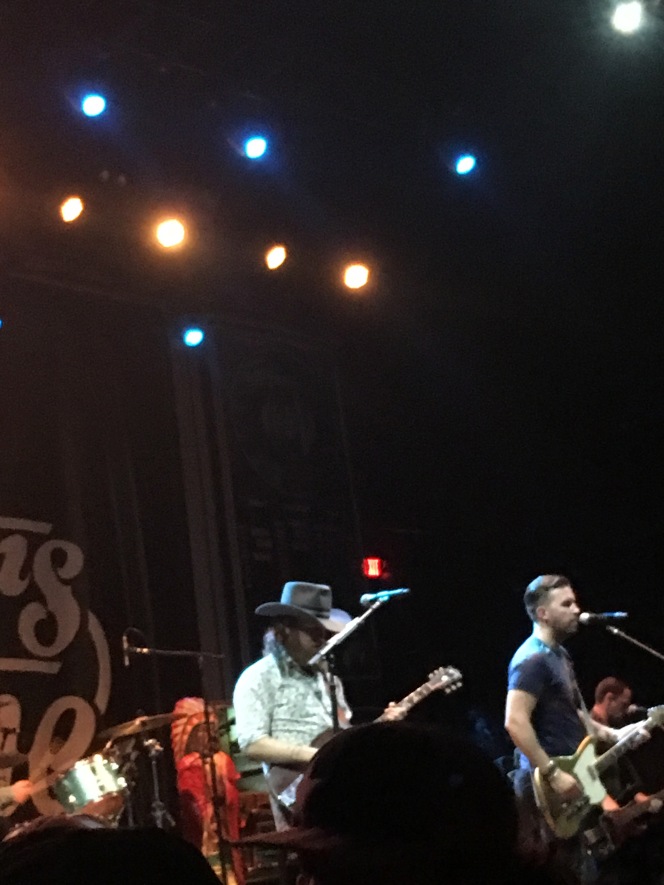 The boys also had an opening act. The opener for them was Lucie Silvas. Silvas was born in England, and then moved to New Zealand and now lives in Nashville. Lucie played songs from her self-titled EP, which came out in 2015. I enjoyed when she performed a cover of Jackson 5’s “Who Loving You.” Silvas is married to John Osborne and has known both brothers for over 15 years. At the end of the concert Silvas sang two additional songs with JT and John. The original recording features country legend, Lee Ann Womack, however Silvas did a great job performing the song live. The last song she sang with the duo was “Rolling on the River” by Tina Turner.

I hope to continue to hear good things about the Brother Osborne and Lucie Silvas. I feel that all three musicians will continue to make great music and have many more successful years in their careers.